Where Did The Week Go?

This has been strange week #2 in a short span of time.  I am more than ready for a “normal” week to return. 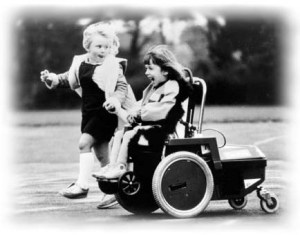 First off, this was the week I went back to the rheumatologist.  The last time I saw him was three years ago when he said there was nothing more he could do for me.  Since I am in the middle of having a horrible flare, *happy dance*, he was able to do something for me!  One of the medicines my GP had me on was changed, but he left everything else just as it was.  Dr. N was also very relieved I was seeing pain management because, I think, he was afraid he would need to refer me and it would be an extremely long wait.

Unlike the pain management doctor, Dr. J, he was very glad to see my pain journal.  I was half afraid he would scoff going through the pages because I have taken to taking down the weather in relation to when I hurt worse; when I do tai chi and qi gong; when I eat something different and whether the pain is worse, better, or the same; and what my moods are sometimes and whether or not I have had to take anything for my nerves.  Of course he didn’t look at every single page, but he did give it a look through, which made me relieved I had taken it with me because I didn’t have to explain very much.

However, getting to the rheumatologist’s appoint was a different matter all together.  I took the local wheelchair transportation service since there wasn’t a bus stop anywhere close to where I needed to go.  The plan was – I was going to take WHEELS to the appointment, The Husband would meet me there, and since his work place was just down and across the road, we would part in the parking lot and we would continue with our days.  I had to be ready to catch the van at 7:30 AM.  I am the slowest person I know so I made sure to sleep in my chair (I rested exceptionally well) and was awake and moving around at 6:10.  I was ready to go when I needed to be.

The driver and van arrived around 7:45 AM.  The driver was not someone I had ridden with before.  He weighed about 500-600 pounds and had a severe limp.  My first thought was that he needed to be riding WHEELS instead of driving for them.  Once in the van and he was working at securing the tie-downs he had to lean very heavily against my chair to lever himself up or down.  The Husband was in our van behind us and the ride out of the parking lot here at the apartment complex was gentle and easy.  When we hit the main road, though, it was a different story.

I was in the second wheelchair slot so I figured we were heading out to pick up someone else who was also in a wheelchair.  This was  the case and Carlos went on to the doctor’s to wait for me.  Without The Husband being behind us, the ride became very rough.  There wasn’t a single pothole missed or rough surface driven over.  Once or twice he went around a curve so hard it surprised me  I did not flip over in my chair despite the tie-downs.  We also rocketed toward stop signs and stop lights only to begin slowing down extremely late; he did not slam on the brakes, which would cause an even harder jolt, but it was so rough there was still a jar and jolt that kept me always tense, braced and ready for hard turns and stops.

The person we were to to pick up was not there so we headed out for my appointment.  It was around eight o’clock then and I had to be at the appointment by 8:30.  Even though the street we needed was close, we did not reach the building and I was not inside until 8:45 AM.  During this time my husband kept calling and asking me where we were and what was taking so long.  He told me once we were inside he was about ready to call dispatch and find out where I was and why I wasn’t where I needed to be.  This was after getting me safely inside the building because I was shivering in pain.

I knew the ride in the WHEELS van was going to be rough, so I made sure to some pain medication early so it would be working when I got on the bus.  An hour later I had to take more because I was hurting so badly.  Plus, the doctor’s office was so cold the general ache of arthritis began as well as the near-injury pain I was already suffering from.

Carlos made sure to take me somewhere to get me something to eat and then home.  I was in such bad shape he actually took the rest of the day off to look after me.  I had to take pain medication all through the day and sleep in my chair that night because I was in such physically bad condition I could not stand up to walk just a few feet to get into the bed!

The very next day I called the wheelchair transportation place and was told the video from inside the van was reviewed and they saw nothing untoward the driver had done to me so my complaint was taken care of and then said, “Thank you for riding WHEELS.”  I then proceeded to explain, again, this was not my complaint, but the person I spoke too repeated the same thing and hung up again.  I would rather take the regular bus than ride WHEELS, and it used to be the other way around.  Very few people they have hired to drive lately actually care about their passengers; in fact, I don’t believe the riders are “passengers” but cargo.

Because of that ride my body has had to recuperate, which has kept all of my usual, normal activities out of the question.

Yes, I am ready for a normal day.  I miss them.

I have returned home to the mountains. No more am I "a mountain-girl far from home." Diagnosed with rheumatoid arthritis at 2 1/2, I understand pain, fatigue, laughter, joy, and love all while on crutches and in wheelchairs. This blog is just about me, mostly the writing side, but there are forays into so many different topics. I am married to a wonderful husband who puts up with my writing, knitting, yarn, with the love of a saint. We have fur babies, and one cat who rules us all.
View all posts by Henrietta Handy →
This entry was posted in 2014, life, wheelchairs and tagged chronic pain, Life, living in a wheelchair, Pain, pain management, people in wheelchairs, wheelchair transportation, wheelchair transportation services, wheelchairs, WHEELS. Bookmark the permalink.

2 Responses to Where Did The Week Go?